Listen HERE Temple University professor Joan Mellen has published twenty-four books; her overriding theme is “the history of the Central Intelligence Agency and its role in the planning and cover-up of the Kennedy assassination.” In this interview we discuss the JFK assassination, the anniversary of which is one week from tonight, with reference to Joan Mellen’s books: *Faustian Bargains (about LBJ’s personal hit man Mac Wallace); * A Farewell to Justice (about New Orleans District Attorney Jim Garrison’s attempt to prosecute JFK’s killers); *Blood in the Water (on suspected Kennedy-killer LBJ’s conspiring with Israel to murder hundreds of American sailors to… 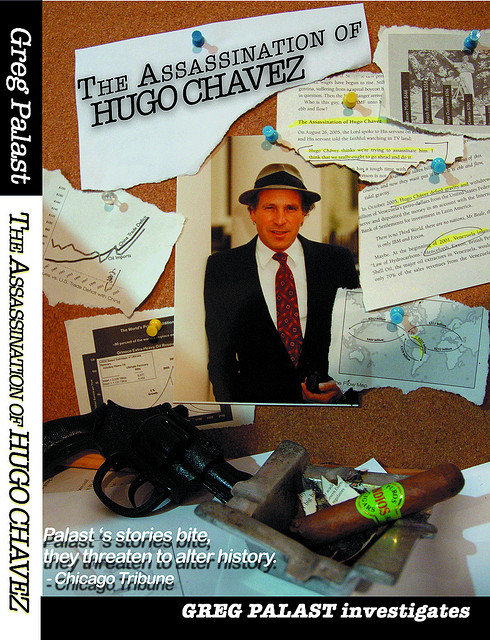 “We know that the bankers who own the US government routinely try to kill any Latin American leader who refuses to be their puppet. We know that they have mounted thousands of assassination attempts against Latin American leaders, including more than 600 against Castro alone. We know that they have been experimenting with cancer viruses, and killing people with cancer, since the 1960s.So if you think Hugo Chavez died a natural death, I am afraid that you are terminally naïve.” Read the full article: http://www.presstv.com/detail/2013/03/06/292131/was-hugo-chavez-murdered-by-the-cia/