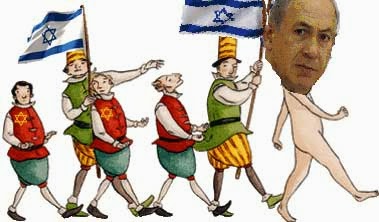 The Emperor of America in his splendid new suit The United States of America is supposed to be a democratic republic. Under its Constitution, the Congress decides whether to go to war, and the President serves as commander-in-chief.  Today, with nearly 1,000 military bases around the world, the USA looks more like an empire than a republic. But who is the emperor? Is the USA ruled by an “imperial presidency”? Or is the real emperor of America enthroned in Tel Aviv? Read the full article: http://presstv.com/detail/2014/01/07/344267/will-us-senate-crown-netanyahu-emperor/ 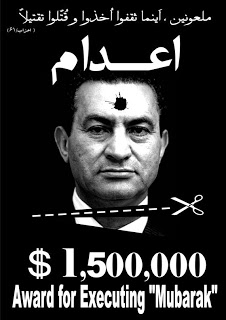 A few hours ago, universally-loathed Egyptian President-for-Life Hosni Mubarak delivered his non-resignation speech: a masterpiece of cluelessness. Seeking to blame anyone but himself, Mubarak fired his cabinet and said he would hire another one tomorrow. This did not exactly dispel the impression that Mubarak is a pompous, egotistical dictator who is completely out of touch with the fact that his people all hate his guts a lot more than his cabinet’s. Rivaling Mubarak in the cluelessness category was Joe Biden, piping in: “Mubarak is no dictator and should not step down.” Upping the ante in the cluelessness sweepstakes was Hilary…