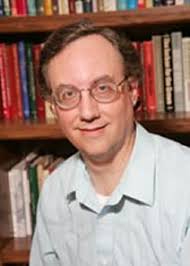 First hour: Juan Cole may be the best-known Middle East Studies expert in America. A professor at the University of Michigan, he has taken up the role of public intellectual with a vengeance in response to what I (not he) would call the 9/11-triggered war on Islam for Israel. And like me, he has been hounded by the Zionist lobby’s fronts, including the McCarthyist snitch-on-your-professor confederacy of weasels known as Campus Watch.

From his bio: Juan R. I. Cole is Richard P. Mitchell Collegiate Professor of History at the University of Michigan. For three decades, he has sought to put the relationship of the West and the Muslim world in historical context. His most recent book is Engaging the Muslim World (Palgrave Macmillan, March, 2009) and he also recently authored Napoleon’s Egypt: Invading the Middle East (Palgrave Macmillan, 2007). He has been a regular guest on PBS’s Lehrer News Hour, and has also appeared on ABC Nightly News, Nightline, the Today Show, Charlie Rose, Anderson Cooper 360, Countdown with Keith Olbermann, Rachel Maddow, the Colbert Report, Democracy Now! and many others.

Second hour: James Petras is the world’s most prolific and incorrigably truthful sociology professor. His latest, excellent article is Venezuelan Elections: a Choice and Not an Echo.

James Petras is a Bartle Professor (Emeritus) of Sociology at Binghamton University, New York. He is the author of 64 books published in 29 languages, and over 560 articles in professional journals, including the American Sociological Review, British Journal of Sociology, Social Research, Journal of Contemporary Asia, and Journal of Peasant Studies. He has published over 2000 articles. His latest book is War Crimes in Gaza and the Zionist Fifth Column in America (Atlanta:Clarity Pres 2010)