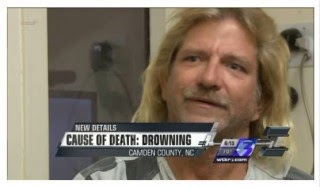 “Accidental drowning”…but weighted down?! Was Michael Calabrese murdered to prevent him from talking about his participation in the controlled demolition of the World Trade Center Towers and Building 7? That is the explosive charge leveled by an anonymous source calling himself “Dave Adam.” According to former NSA officer turned whistleblowing journalist Wayne Madsen, “Adam” fears for his life in the wake of Calabrese’s apparent murder. In an exclusive interview with Truth Jihad Radio, Wayne Madsen explained that pseudonymous source Dave Adam came forward during the past two weeks… Full story: http://www.veteranstoday.com/2014/11/17/calabrese/