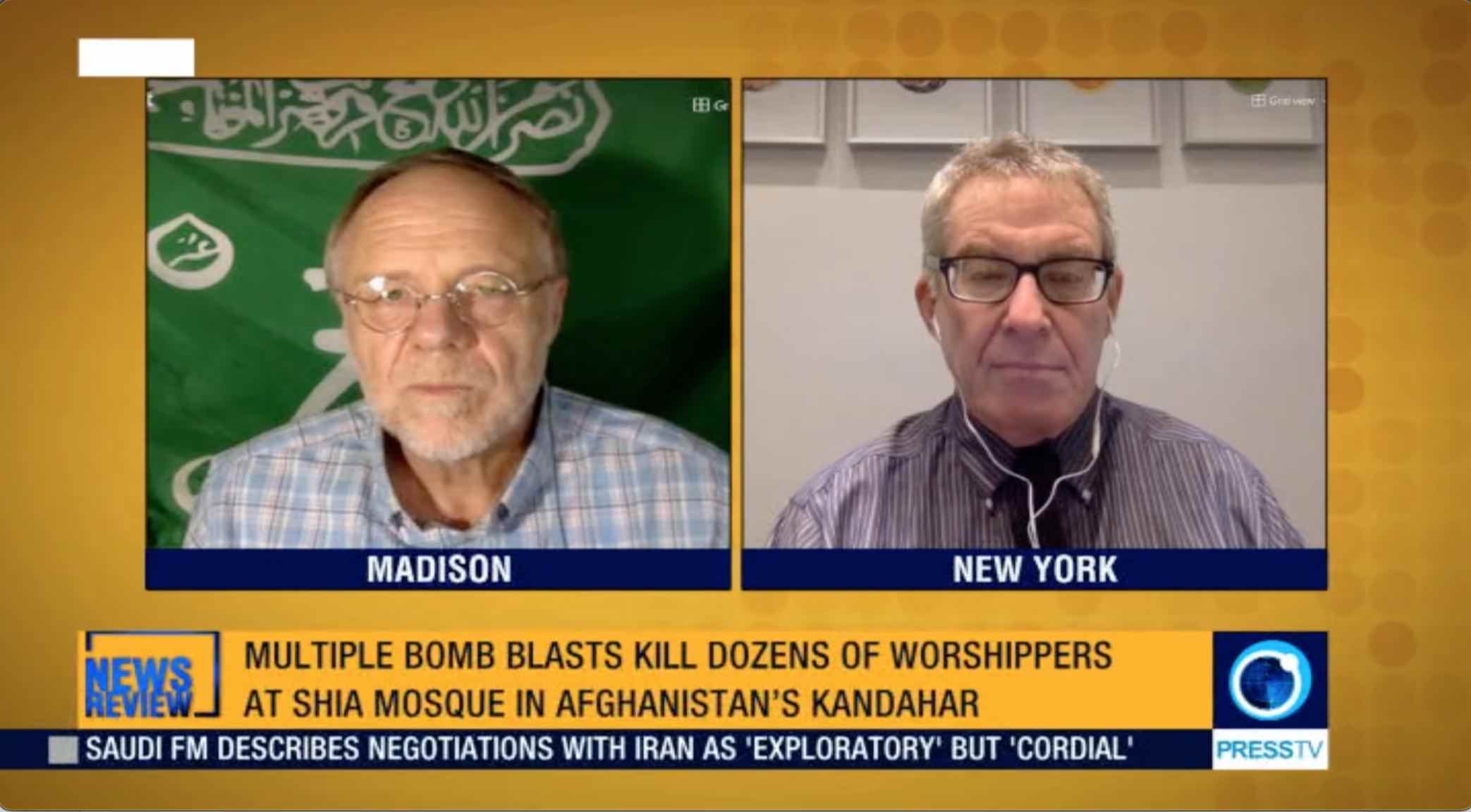 Listen HERE I recently debated Daniel Lazare on Press TV on the topic: Is the Anglo-Zionist Empire Behind “ISIS” Terror in Afghanistan? In this new interview we continue the conversation, extending it to include other “conspiracy theories” and related philosophical issues. Among the questions we consider: What really happened on 9/11? Who killed JFK and why? Did the FBI orchestrate the January 6 “Capitol insurrection”? Is there a Deep State consisting of top organized crime figures who cooperate as well as compete with members of a Platonic guardian class? Daniel Lazare is a freelance journalist who has published three books on…

From PressTV.IR : A large explosion has hit a Shia mosque in Afghanistan’s southern city of Kandahar, killing at least 33 people and wounding scores of others. Qari Saeed Khosti, the spokesman of the Taliban’s new government’s interior ministry said, said the blast which took place during Friday prayers caused “heavy casualties”, adding that authorities are collecting details of the explosion.