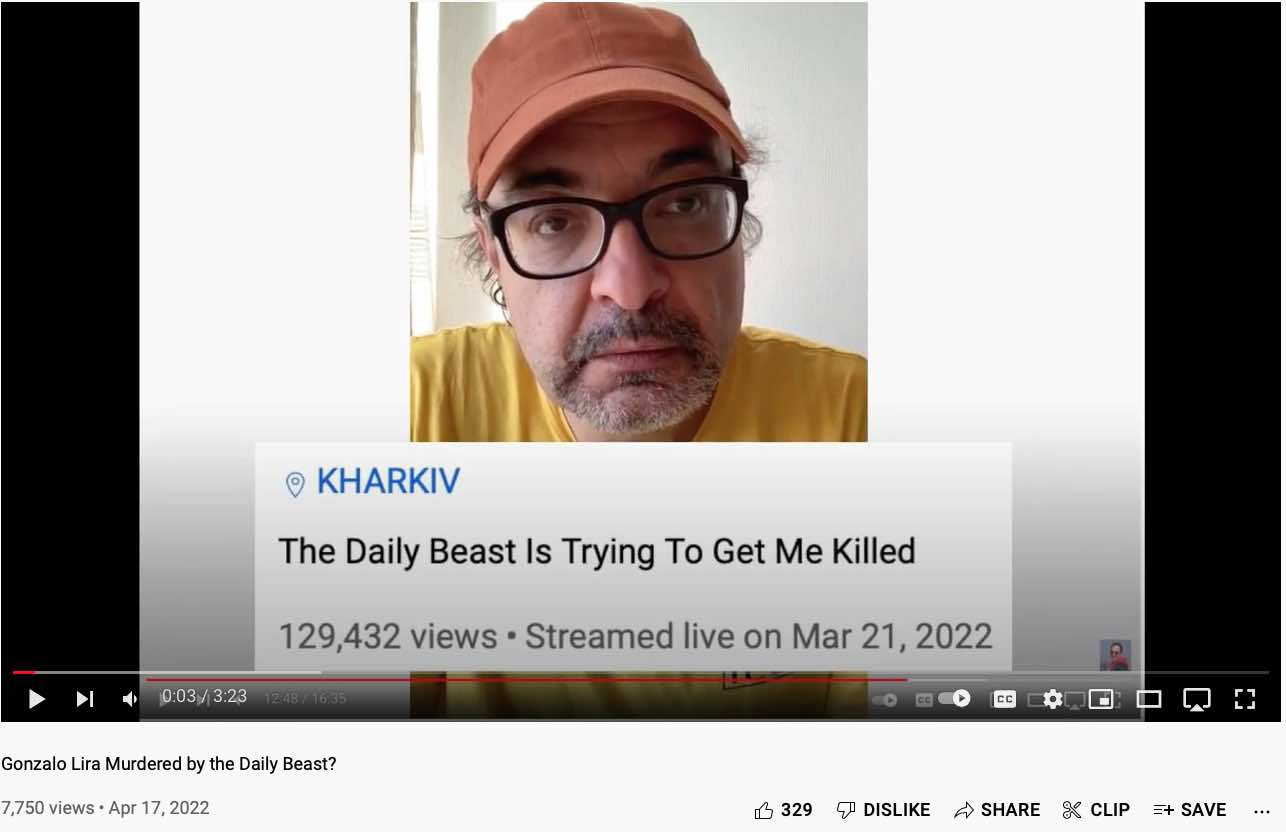 On April 15, American independent war correspondent Gonzalo Lira was kidnapped by the SBU and held for a week, then placed under virtual house arrest. Many observers feared that he, like so many Ukrainian journalists, would be tortured and killed. But apparently the UkroNazi authorities and their CIA advisors determined that torturing an American journalist to death would generate bad publicity. (Though the mainstream media didn’t breathe a word about Lira’s disappearance, the alternative media covered it extensively.) More recent videos: 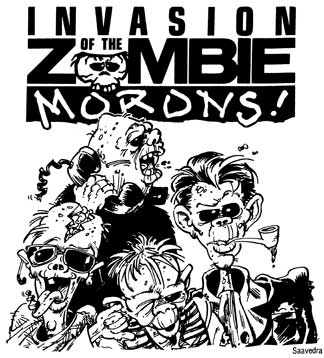 An army of zombie morons that has been slowly gathering strength on the internet is about to erupt into the real world and wreak havoc, according to national security sources. One anonymous Department of Homeland official claims that the situation is even worse than that: “According to unconfirmed reports, throngs of zombie morons may have already broken through thousands if not millions of computer screens, trailing blood and broken glass in their wake as they eat the brains of any halfway-intelligent real-world human they can find.” Once a victim’s brain has been eaten, the victim becomes a zombie moron himself…