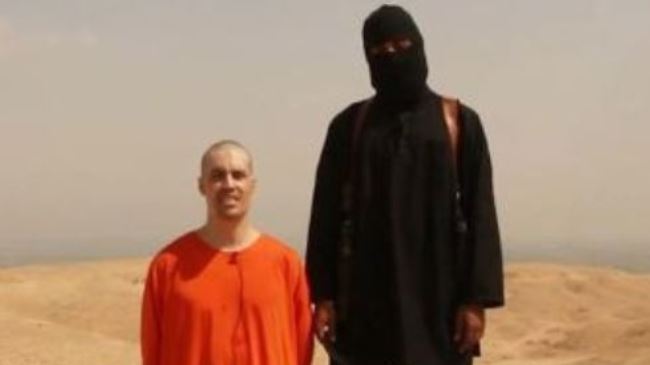 “The video purporting to show the decapitation of James Foley is a classic example of neocon hate propaganda. It is the sort of ‘Two Minutes Hate’ event satirized in George Orwell’s book 1984, in which citizens are whipped into such a frenzy of loathing by enemy images that they sometimes physically assault their telescreen.” Full story: http://presstv.com/detail/2014/08/21/376059/isil-headchoppers-serving-zionists/

Netanyahu & co. have been saying Iran is a few years away from getting a nuclear bomb…for decades! Why does anyone listen to Netanyahu? The answer, in one word: Islamophobia. Read the full article: http://presstv.com/detail/2013/10/04/327489/islamophobia-roadblock-to-world-peace/

By Dr. Kevin Barrett, PressTV.ir  The al-Nusra front in Syria has officially announced that it is part of al-Qaeda. Even before the announcement, everyone knew it was al-Qaeda. So why is it being armed to the teeth with US-supplied weapons, and given training and strategic and diplomatic support by the US government? The US, after all, is officially at war with al-Qaeda, which the American government blames for the still-unsolved crimes of September 11th, 2001… Read the complete article at http://presstv.com/detail/2013/04/13/298068/why-is-us-backing-alqaeda-terrorists/